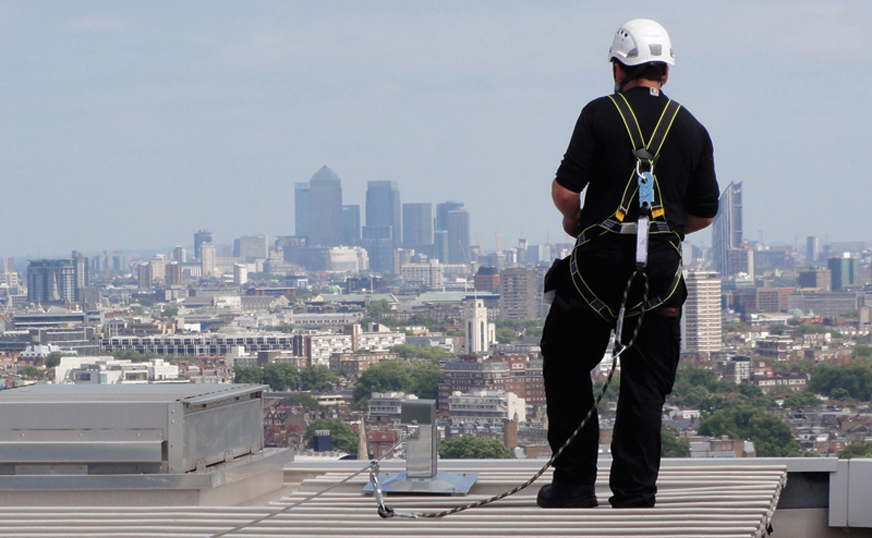 Safety culture on construction sites in the UAE has improved in leaps and bounds since the previous decade, say experts, but maintaining on-site standards requires constant effort and vigilance. Stian Overdahl reports

With a breakneck rate of development in the construction sector in the Gulf in the early 2000s, safety was at times a second thought. That has changed significantly, however, in recent years. Rebecca Kelly, a lawyer with the firm Morgan Lewis, has extensive experience in health, safety, and environment (HSE), and has been practicing in the GCC for more than 12 years. She says that she has seen a “substantial decrease in the number of accidents and fatalities” from the period when she first arrived.

No doubt the smaller number of active projects and companies operating is one factor, but perhaps the biggest impact has been from new regulations prescribing safety requirements for construction sites, which were issued in 2008 in Dubai and in 2009 in Abu Dhabi. While in other high-risk sectors there are specialised regulations that are industry- and UAE-wide, construction is still regulated at an emirate level, she explains.

“There are no reported figures, but I, myself, have seen a dramatic decrease in the number of fatalities on construction sites as a result of [these regulations],” Kelly states.

Many international construction firms that operate in the Gulf tend to rely on an international best practices approach, using their safety guidelines and procedures developed in their home market, such as the UK or Australia, to meet the local requirements in the Gulf. With HSE regulations all having the same purpose – that of protecting workers – best practices from mature markets overseas are likely to be consistent with regulations in the UAE, and are more likely to complement the existing regime, says Kelly, who works with many construction companies to ensure that they comply with regulations, especially in terms of incident protocols and site management. “Most construction companies don’t ask questions about how not to comply. They always ask ‘How do we comply?’, and, at the heart of it, ‘How do we protect our workers?’” she says.

Non-compliance with safety regulations is a serious matter, especially if there is a fatal accident on-site. Then the authorities – typically the public prosecutor – will try to establish who is to be held responsible. In the case of a fatal accident, a finding of negligence can result in a prison sentence of up to five years. It is this prospect of criminal consequences for not following safety regulations that is the biggest deterrent to failing to comply with safety regulations, believes Kelly. Criminal negligence may fall on an individual worker, such as a crane operator, or – if there are not correct operating procedures on-site – on management, normally the general manager, who is, in effect, responsible for the entire site.

In the aftermath of an accident – even a freak accident that is not the result of negligence – what is most important is that companies can demonstrate the have complied with the law. “In those situations, the general behaviour of the workers, day in and day out, knowing what the safety obligations were, knowing what to do even in the immediate aftermath of an accident, really is key to helping the public prosecutor understand what happened on the site,” says Kelly. In effect, this means that in the case of a similar freak accident occurring on two different sites, one where the rules are being followed and another where the rules are not, workers and/or supervisors on the non-compliant site are more likely to be found responsible.

Apart from the accident itself, the business costs can include stoppage of work, and then involvement in an investigation that can last several years, during which key witnesses will have to be interviewed over an extensive period of time, and even surrender their passports. To prevent accidents, “HSE should not only be the responsibility of the contractor, it should be the responsibility of every single person that walks on to a construction site,” says Kelly.

Daniel Griffiths, the general manager of Kee Safety LLC, which provides personal and collective protection equipment, believes that there has been an increased focus in the past 18 months in the UAE, and especially Dubai, on ensuring work sites are safe. With falls from height the biggest killer on construction sites, and things falling from height on to people below the second biggest killer, Kee Safety offers products that include life lines, parapets or guard-rails, temporary edge protection, and rooftop walkways. Griffiths believes it’s better to employ collective protection systems that remove the human error element. For example, while lifelines are very good, as personal protection equipment they must be clipped on manually. By contrast, with a guard rail, “You don’t need to clip it on, and it protects you from falling over the edge,” says Griffiths.

The difficulties of ensuring a safe work site in the GCC can be amplified by a diverse labour force speaking different languages and with different cultural ideas about safety. Griffiths says that the company uses videos in its on-site training that highlight how the system operates and how it should work. “We use those videos to overcome that language barrier – it is a very good way of doing that,” he says.

Salman Abdulla is executive vice president of Health, Safety, Sustainability, Environment, and Quality at Emirates Global Aluminium (EGA), a company that is routinely lauded for its levels of safety, both according to regional and international benchmarks. In his 30 years with his company, Abdulla says that the biggest change he has seen has been the evolution of safety from being just top-down to something that everyone is involved in.

“We have given line employees the opportunity to speak up about everything – from what has caused them difficulties, to which policy or procedure should be improved,” says Abdulla.

“By doing that, we make them feel appreciated and respected, but also our safety performance is going to be a lot stronger if we have 7,000 people working on it rather than just a few at the top.”

Abdulla is adamant that safety has to be a core value within an organisation, not a habit or something that gets occasional attention. “When you treat safety as a hobby, you unintentionally and eventually take it for granted. However, if safety becomes part of one’s DNA and a core value, then it is something you always stand by and truly abide by, as a natural response under all situations.”

To ensure an organisation-wide focus on safety, EGA scrutinises the safety behaviour of all staff, including those in the offices, not just those working in its plants. It’s not unusual to see a member of the safety team checking that speed limits are being adhered to as staff drive to the office, he says. “Safety rules must be for everyone or for no one at all.”

Heat stress is a major factor in safety in the Gulf, especially during the summer months. This year will be the 13th year in which the UAE’s Ministry of Human Resources and Emiratisation will specify a mid-day work break during the summer months. Fines for breaking the rule amount to $1,361 (AED5,000) for each labourer, not exceeding $13,613 (AED50,000). Nevertheless, even outside of the hottest hours, summer work is exhausting, and many companies employ their own measures to improve worker safety and hydration.

Abdulla says that one concern that his company’s workers raised during feedback sessions was that they found it difficult to regularly go to an area away from their immediate workspace to get drinking water.

The company now uses backpacks called CamelBaks, similar to those used by cyclists, which make it easy for employees to drink water safely while working. The firm also moved its health clinics on-site at its plants, meaning that there are two medics at the plant at all times to offer assistance to employees that may be feeling unwell.

“That means quick intervention is always available,” says Abdulla. “We also constantly check the hydration levels of our people during the summer.”

The harsh weather of the Gulf can also accelerate the ageing of machinery and the built environment, in turn creating other safety hazards in workplaces. Many warehouses have skylights installed, and over time the translucent polycarbonate covering can degrade due to UV light. In addition, sand and dust quickly cover the roof of a warehouse, preventing light shining through.

If a worker is sent up to clean the sand away, this can be a recipe for disaster, especially on older warehouses, says Kee Safety’s Griffiths. The worker may not be able to see the exact location of the skylight under its covering of sand, and if he steps on to the skylight the brittle surface can give way and the worker may fall through. “We supply wire mesh skylight covers that conform to a British standard, which will prevent a worker falling through a skylight if they step on it. We see a big market for that at the moment,” he says.

Despite improvements in safety on construction sites in the GCC, Griffiths believes that the industry still has some way to go, especially in terms of companies adopting a holistic approach. “It is a priority, but I think the overriding factor is to get the project done on time and on budget, and safety is often secondary to that. But we see it becoming more of a priority, especially here in Dubai,” he notes.

From the perspective of a company that has already embedded safety protocols within its operations, the biggest challenge is creating a culture of safety and maintaining it, says EGA’s Abdulla. “It takes constant effort on the part of everyone, and maintaining that culture is an ongoing job.”

He believes that for a company to be truly successful in protecting its people, safety at work must be everyone’s top priority. “Safety is both a science and an art. It needs engagement of both mind and heart,” concludes Abdulla.

Surprising growth is expected to be 12.8 percent in CAGR in the environmental health. 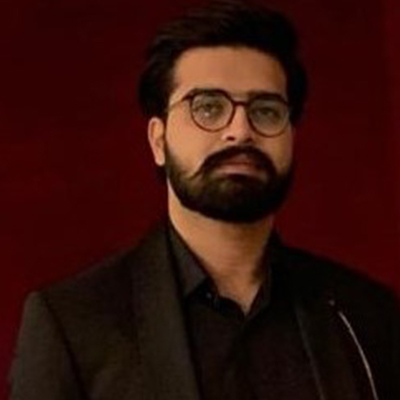 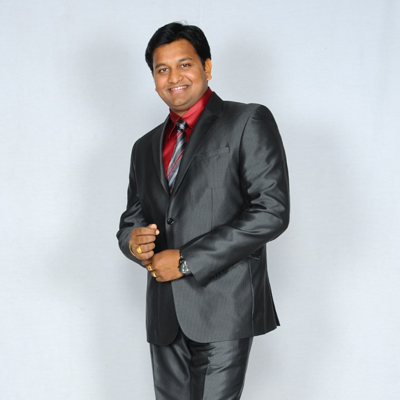 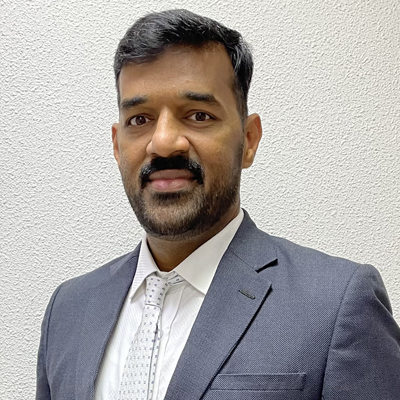